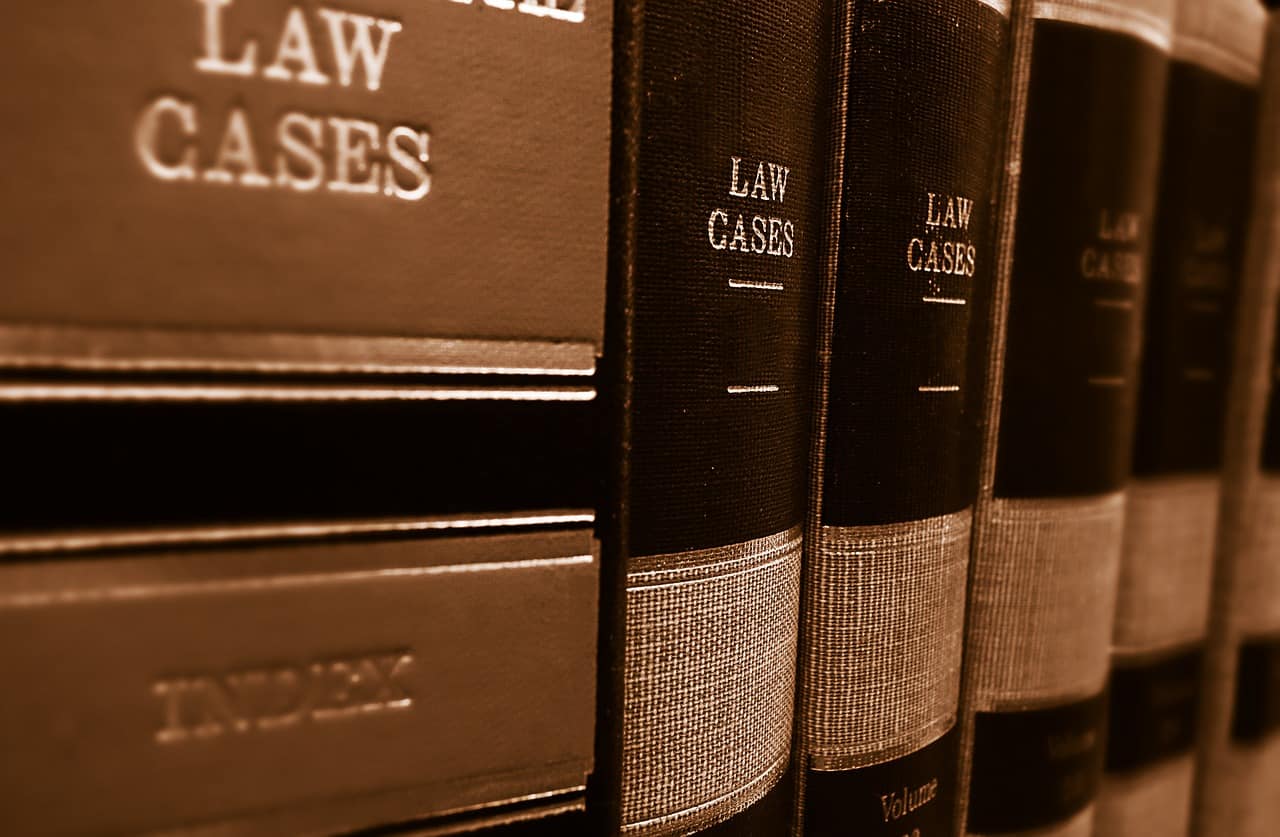 Every attorney that has litigated a case in court has dealt with this issue:  The attorney submits interrogatories to the opposing party and receives incomplete or evasive interrogatory answers.  When this happens, there is a decision to be made, file a motion to compel answers or not.  Every attorney in this situation is bothered by the nagging voice in their head, “I should of deposed the S.O.B.”  The constant game of working within a budget sometimes doesn’t permit a lawyer to perform the discovery they desire, an expensive deposition of the opposing party.  Without a deposition, interrogatories are the next best thing.  When the other side will not answer them completely, the only remedy is to file a motion to compel discovery or try again.

Every lawsuit has a period where the other side is permitted to ask questions of the other.  This is called “discovery” in lawyer speak.  One of the tools available for discovery is called interrogatories.  Interrogatories are written formal questions that the opposing side must answer.  There are countless strategies to use interrogatories, some of them are effective, some of them are a waste of time.  This article discusses what to do when the opposing party answers the questions but doesn’t answer the questions completely.

MCL 2.309(B) states: (B) Answers and Objections. (1) Each interrogatory must be answered separately and fully in writing under oath. The answers must include such information as is available to the party served or that the party could obtain from his or her employees, agents, representatives, sureties, or indemnitors. If the answering party objects to an interrogatory, the reasons for the objection must be stated in lieu of an answer. (2) The answering party shall repeat each interrogatory or subquestion immediately before the answer to it. (3) The answers must be signed by the person making them and the objections signed by the attorney or an unrepresented party making them.

In subsection (1) above, you can see the obligation of the party answering the interrogatories.  First, the answering party must provide an answer that “includes information as is available to the party served.”  A legitimate response to an interrogatory may be, “the party lacks available information to answer the question.” However, the second portion of subsection (1) states, “or that the party could obtain from his or her employees, agents, representatives, sureties, or indemnitors.”  This sentence imposes an obligation of the party to seek answers from secondary sources.  It is not fair play for the party to simply play dumb because at the time of answering the interrogatories the party didn’t bother to ask questions.  Agents of the party include people employed by the party, including attorneys.  A particularly juicy area for a motion to compel discovery is when the party refuses to provide details of factual assertions alleged in the initial pleading i.e. the complaint or answer, or the initial motion, for example, the facts in a motion to change custody.  These interrogatories inquire into the facts alleged in the pleadings.  In this situation, to be legitimate, in my opinion, the party must have some personal knowledge to share within their answers.  Furthermore, the opposing attorney must have some information to share in the answers, by and through their client, otherwise the attorney may have violated the signature requirements found in MCR 2.114.

(D) Effect of Signature. The signature of an attorney or party, whether or not the party is represented by an attorney, constitutes a certification by the signer that (1) he or she has read the document; (2) to the best of his or her knowledge, information, and belief formed after reasonable inquiry, the document is well-grounded in fact and is warranted by existing law or a good-faith argument for the extension, modification, or reversal of existing law; and (3) the document is not interposed for any improper purpose, such as to harass or to cause unnecessary delay or needless increase in the cost of litigation.

(E) Sanctions for Violation. If a document is signed in violation of this rule, the court, on the motion of a party or on its own initiative, shall impose upon the person who signed it, a represented party, or both, an appropriate sanction, which may include an order to pay to the other party or parties the amount of the reasonable expenses incurred because of the filing of the document, including reasonable attorney fees. The court may not assess punitive damages.

A party that will not adequately answer interrogatories related to factual allegation found in the initial pleading implicates a justified inquiry into whether or not “the document is well-grounded in fact,” pursuant to MCL 2.114.

The court rule related to filing a motion to compel discovery is lengthy and complicated.  MCR 2.313 states: (A) Motion for Order Compelling Discovery. A party, on reasonable notice to other parties and all persons affected, may apply for an order compelling discovery as follows: (1) Appropriate Court. A motion for an order under this rule may be made to the court in which the action is pending, or, as to a matter relating to a deposition, to a court in the county or district where the deposition is being taken. (2) Motion. If (a) a deponent fails to answer a question propounded or submitted under MCR 2.306 or 2.307, (b) a corporation or other entity fails to make a designation under MCR 2.306(B)(5) or 2.307(A)(1), (c) a party fails to answer an interrogatory submitted under MCR 2.309, or (d) in response to a request for inspection submitted under MCR 2.310, a person fails to respond that inspection will be permitted as requested, the party seeking discovery may move for an order compelling an answer, a designation, or inspection in accordance with the request. When taking a deposition on oral examination, the proponent of the question may complete or adjourn the examination before applying for an order.

(3) Ruling; Protective Order. If the court denies the motion in whole or in part, it may enter a protective order that it could have entered on motion made under MCR 2.302(C).

(4) Evasive or Incomplete Answer. For purposes of this subrule an evasive or incomplete answer is to be treated as a failure to answer.

(5) Award of Expenses of Motion.

(a) If the motion is granted, the court shall, after opportunity for hearing, require the party or deponent whose conduct necessitated the motion or the party or attorney advising such conduct, or both, to pay to the moving party the reasonable expenses incurred in obtaining the order, including attorney fees, unless the court finds that the opposition to the motion was substantially justified or that other circumstances make an award of expenses unjust.

(b) If the motion is denied, the court shall, after opportunity for hearing, require the moving party or the attorney advising the motion, or both, to pay to the person who opposed the motion the reasonable expenses incurred in opposing the motion, including attorney fees, unless the court finds that the making of the motion was substantially justified or that other circumstances make an award of expenses unjust.

(c) If the motion is granted in part and denied in part, the court may apportion the reasonable expenses incurred in relation to the motion among the parties and other persons in a just manner.

(B) Failure to Comply With Order.

(1) Sanctions by Court Where Deposition Is Taken. If a deponent fails to be sworn or to answer a question after being directed to do so by a court in the county or district in which the deposition is being taken, the failure may be considered a contempt of that court.

(2) Sanctions by Court in Which Action Is Pending. If a party or an officer, director, or managing agent of a party, or a person designated under MCR 2.306(B)(5) or 2.307(A)(1) to testify on behalf of a party, fails to obey an order to provide or permit discovery, including an order entered under subrule (A) of this rule or under MCR 2.311, the court in which the action is pending may order such sanctions as are just, including, but not limited to the following:

(a) an order that the matters regarding which the order was entered or other designated facts may be taken to be established for the purposes of the action in accordance with the claim of the party obtaining the order;

(b) an order refusing to allow the disobedient party to support or oppose designated claims or defenses, or prohibiting the party from introducing designated matters into evidence;

(c) an order striking pleadings or parts of pleadings, staying further proceedings until the order is obeyed, dismissing the action or proceeding or a part of it, or rendering a judgment by default against the disobedient party;

(d) in lieu of or in addition to the foregoing orders, an order treating as a contempt of court the failure to obey an order, except an order to submit to a physical or mental examination;

(e) where a party has failed to comply with an order under MCR 2.311(A) requiring the party to produce another for examination, such orders as are listed in subrules (B)(2)(a), (b), and (c), unless the party failing to comply shows that he or she is unable to produce such person for examination.

In lieu of or in addition to the foregoing orders, the court shall require the party failing to obey the order or the attorney advising the party, or both, to pay the reasonable expenses, including attorney fees, caused by the failure, unless the court finds that the failure was substantially justified or that other circumstances make an award of expenses unjust.

MCR 2.313(A)(4) makes an evasive or incomplete answer the same as a failure to answer.  When an attorney is not satisfied with the opposing parties’ answers, the first step would be to file a motion to compel under MCL 2.313(A).  If successful, this motion will result in an order for discovery.  If the opposing party continues to blow off discovery, then a second motion under MCL 2.313(B) is appropriate.  Subsection MCR 2.313(B)(2)(b) gives the court authority to default the opposing party­–an attractive remedy.

Finally, a motion to compel must be given the respect it deserves because built into the court rule are loser pays remedies.  MCR 2.313(A)(5)(a),(b),(c).  The attorney drafting the motion to compel discovery due to evasive or incomplete interrogatory answers should carefully explain to the court why the opposing party should answer the interrogatory.  This process also incorporates some self-reflection; if the original interrogatory question was poorly drafted thereby allowing the opposing party to vaguely answer, then maybe a motion to compel discovery shouldn’t be pursued because a failing effort may result in attorney fees sanctions.

About the author:   Matthew Benedict is a practicing litigation attorney in Traverse City Michigan and accepting clients throughout Northern Michigan.  Call today for an appointment: 231-883-4170.